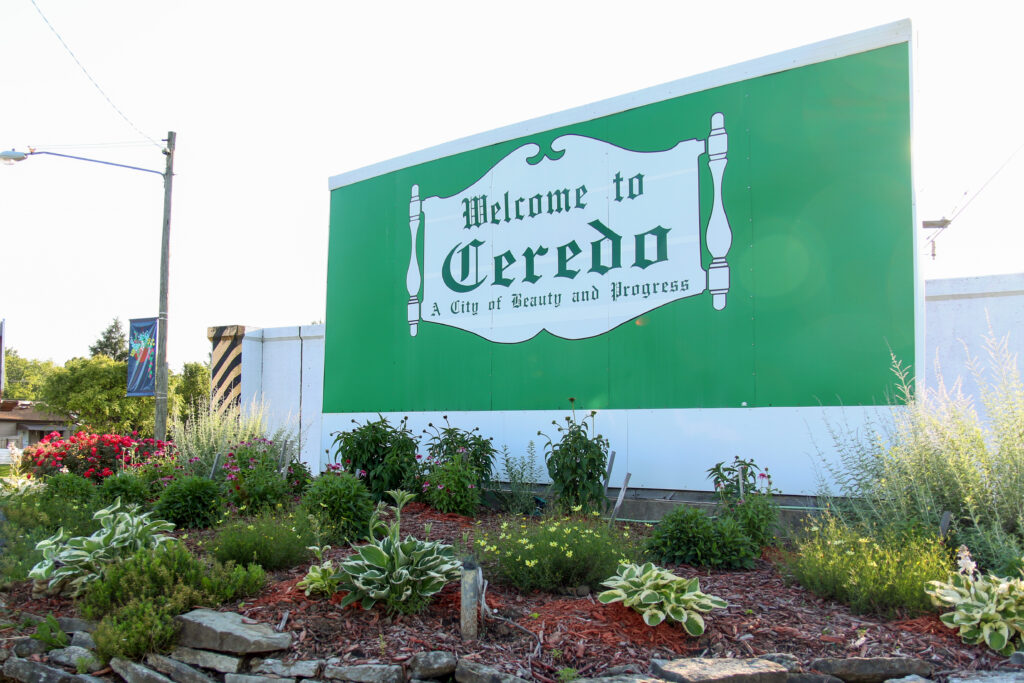 In the years before the Civil War there were many men looking for a way to end slavery without bloodshed. Eli Thayer was one of these men. He was born in New England, a staunch abolitionist. He became a congressman from Massachusetts. He felt free enterprise more profitable than slavery and set out to prove it. He also felt importing abolitionists like himself into southern states who could quickly work themselves into places of leadership within the state and vote against slavery would help it end. Western Virginia was chosen as a beginning place.

Thomas Jordan owned a farm in Western Virginia in Wayne County on the Ohio River. Eli Thayer was impressed with the fertile land and location. Mr. Jordan agreed to sell the land and to help with the formation of the town Mr. Thayer named Ceredo, after Ceres, the Goddess of Grain.

Mr. Thayer sent Sabine Pond to help Thomas Jordan lay out streets, alleys, and building lots. Work was begun on a hotel and factories. Thayer forwarded three steam engines of fully 300 horsepower. Only men were needed to set them in motion and provide employment for hundreds.

One of the first families to come to Ceredo with Eli Thayer was the Wright family. They were one of the largest families in Wayne County – 10 boys and 2 girls. They were a close-knit, hard working family establishing one of the finest stores between Cincinnati and Pittsburgh, building a large three story building on B Street across from the present City Hall. It is now an apartment house.

Z.D. Ramsdell was another of the early settlers. He was a boot maker, served on the school board, helped organize the postal service, and was a union Captain and Quartermaster for the 5th West Virginia Volunteers during the Civil War. His home is now on the National Historical Register.

Eli sent group after group of New Englanders to settle his new town, and by 1857 the community was taking shape. In December of 1857 the first newspaper in Wayne County was published at Ceredo. During this period Eli borrowed heavily from a fellow congressman, C.B. Hoard form Watertown, New York to finance his venture. As war drew nearer Eli returned to serve his country in congress and as far as we know he never saw Ceredo again.

At the outbreak of war the men of Ceredo created their own volunteer regiment-the 5th Virginia Volunteers, who became the 5th West Virginia Volunteers in June, 1863 when West Virginia became a State. Camp Pierpont U.S. Army camp was set up about where Ceredo City Hall is now and remained until the war was over. Ceredo never reached the growth that Eli Thayer foresaw when he started the community. After the war he found himself in financial difficulties and unable to repay Mr. Hoard money he had borrowed so he deeded Ceredo to Mr. Hoard.

The Hoard family had also suffered financially and came to Ceredo determined to make a success of their new Town. Rail transportation was needed to tie in with river traffic for fast growth. Collis P. Huntington was contacted and agreed to build the rail line on B Street Ceredo. Papers were signed but later Mr. Huntington changed his mind and in spite of a court order instructing him to honor his agreement with Mr. Hoard, he built the line south of Ceredo, and made his new born, Huntington, the rail head the Mr. Hoard had envisioned.